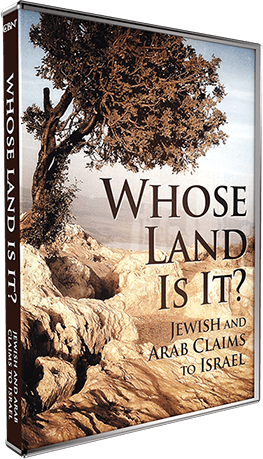 Whose Land Is It?

It’s the oldest land dispute in history: for centuries, both Jews and Arabs have claimed to be the rightful owners of the land of Israel.

In this two-part special, Gordon Robertson examines the facts behind both the Jewish and Arab claims. Get the answers to the following questions:

Whose Land Is It? features expert commentary from former Israeli Ambassador Danny Ayalon.

Be the first to review “Whose Land Is It?” Cancel reply