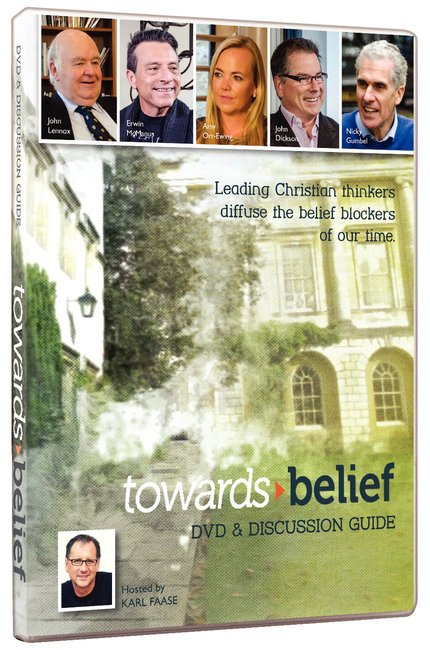 This ten-episode television series follows Australian pastor and host, Karl Faase as he travels the world and interviews over 30 leading authors and speakers about the top “belief blockers” of our time. Contributors include John Lennox, Nicky Gumbel and John Dickson. 28 minutes per episode. 80-page Discussion Guide included.

This episode presents both an intellectual and personal response to the issues posed by the existence of suffering.

This episode looks at whether what the Bible contains is historically accurate and can be trusted.

This episode explores belief in the supernatural and looks at a specific case where it seems that supernatural intervention is undeniable.

This episode explores whether Christianity, as a religious worldview, causes wars, atrocities and genocides. How does the Church respond to this charge?

Christianity’s claim that Jesus is the only way to God is viewed as arrogant, intolerant and a significant blocker to personal belief. In this episode, guests give plausible reasons for the Christian worldview.

Abuse scandals, particularly in relation to children, have rocked the Church, leaving it open to the charge of hypocrisy.

Eminent and experienced scientists explain how and why they can have scientific credentials from the world’s leading universities, as well as having a Christian faith.

In this episode we look at the Biblical view on homosexuality and what is the Christian response in the current social environment.

There is a public perception that the Christian Church is dying. We talk with leaders who are seeing the Church grow and they give their perspective on the future of the Church.

In the end, there is still a step of faith to be taken. This episode looks back over the personal stories of some of the guests and seeks to clarify that choice.

Be the first to review “Towards Belief” Cancel reply