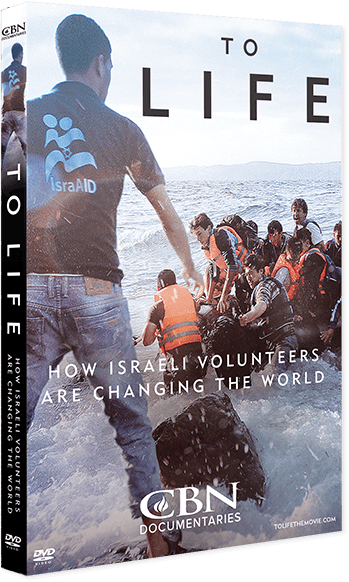 To Life: How Israeli Volunteers are Changing the World

In celebration of Israel’s 70th anniversary, CBN Israel presents To Life: How Israeli Volunteers are Changing the World. To Life is an amazing look at five Israeli organizations dedicated to helping people across the globe.

This is a story about Israel you won’t see in the news. In keeping with the Jewish tradition of tikkun olam (“repairing the world”), Israel has been at the forefront of humanitarian and disaster relief work since the 1950s, less than a decade after becoming a nation. Since then, the Jewish state has provided humanitarian aid to millions of people in 140 countries around the world.

Featuring stunning cinematography and moving interviews, To Life follows Israeli volunteers in Uganda, Nepal, Greece, Kurdistan, and the Palestinian territories to find out how and why, with so many security challenges of their own, they reach out so effectively to help other nations.

To Life: How Israeli Volunteers are Changing the World, is the newest Israel-related production by CBN. In 2017, In Our Hands marked the 50th anniversary of the Six-Day War—premiering to sold-out showings across America. In 2015, the Emmy-nominated docudrama: The Hope: The Rebirth of Israel, told the extraordinary journey through the 50 years that preceded the founding of the modern State of Israel. And, in 2014, CBN produced Made in Israel, which was nominated for three Emmy awards.

Be the first to review “To Life” Cancel reply