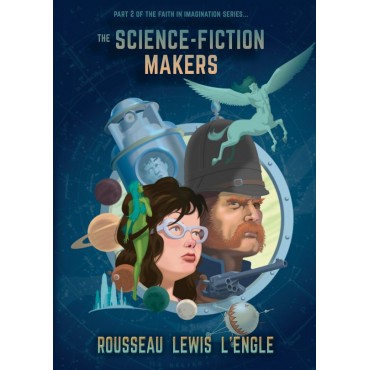 The Science Fiction Makers: Rosseau, Lewis and L’Engle is a feature documentary that examines three integral writers who over the past century wrote within the Christian Science Fiction genre. Through interviews with scholars and current writers, reenactments, archival materials and excerpts from their works, we explore a genre that has been counterculture since its beginning. They were outsiders within the larger Sci-Fi genre and they would face harsh criticism, dismissal, and even hostility from all sides for putting their faith and imagination into their writing. In the end, Victor Rosseau, C. S. Lewis, and Madeleine L’Engle were pioneers of a sub-genre that would doggedly survive and continue to influence popular culture to this day.

Be the first to review “The Science Fiction Makers” Cancel reply