Warning: count(): Parameter must be an array or an object that implements Countable in /home/customer/www/ao.vision/public_html/wp-content/plugins/woocommerce-table-rate-shipping/deprecated/inc/woocommerce-shipping-zones.php on line 203
 The Frank Jenner Question | AO Vision
1
was successfully added to your cart.
View basket “Smith Wigglesworth” has been added to your basket. 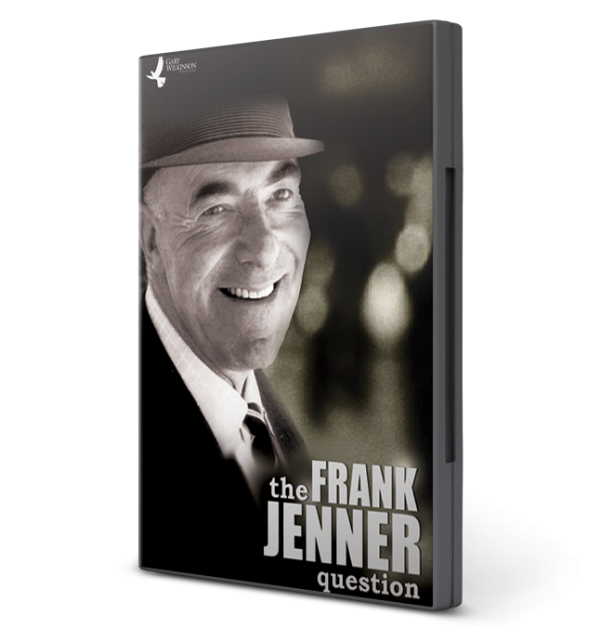 Meet Frank Jenner, a simple man with a profound question. It was 1941 at the
height of WWII when Frank heard God call him to approach 10 people per day
on the streets of Sydney Australia and politely ask one simple question:
“If you died within 24 hours where would your soul be in eternity, Heaven or Hell?”
The possibility of imminent death would not have seemed a remote one to the
many soldiers and sailors who passed through Sydney harbor on their way to
and from battle assignments and it was to members of the military that Frank
was most drawn.

This documentary examines how Jenner’s straightforward and bold outreach
led to the conversion of many and influenced evangelism methods for decades
to come. What emerges is a portrait of a sincere and earnest man with a pure
desire to reach those around him with the message that had changed his life.

The lesson of the film is not necessarily to copy Jenner’s approach but to listen
and obey God’s call to proclaim the gospel in the context in which we live.

Be the first to review “The Frank Jenner Question” Cancel reply