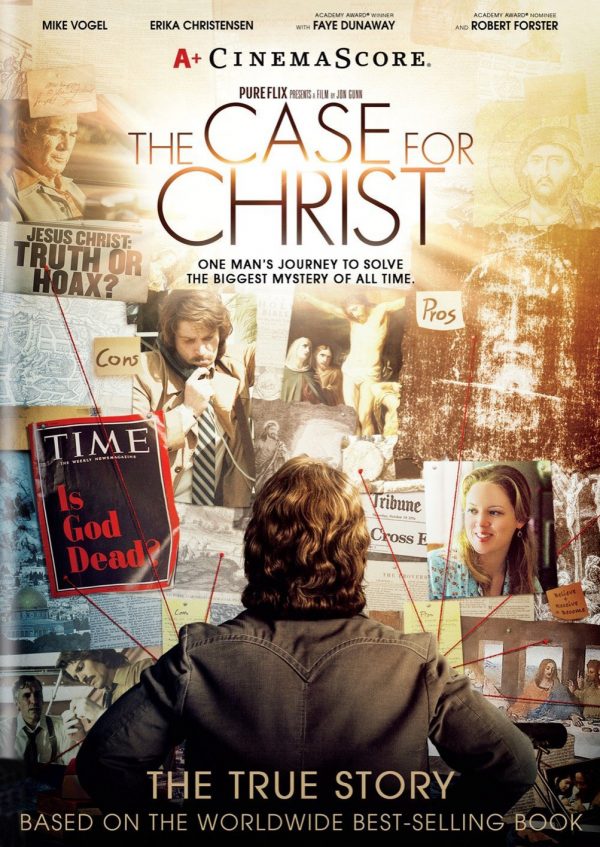 The Case for Christ

Some journalists search the truth of a case; Lee Strobel is searching for the truth of everything. The Case for Christ is the story of that search.

A relentless journalist at the Chicago Tribune, Lee Stobel is the award-winning newspaper’s rising star. With a reputation for taking a hard look at the facts, and not allowing himself to be clouded by emotion, falseness or surrender, he is as much feared for his unstoppable pursuits as he is respected. A fervent atheist, cold facts are what have guided his career to this point, as the newly appointed legal editor at the paper.

But all that is turned on its head when his wife turns against his worldview view of hard truths and nothing more.

She became a Christian.

Refusing to allow his own wife to take part in this absurdity, but without wanting to lose her in the process, he sets out to prove a case like no other: that there is no evidence for God, no evidence that Jesus is who he said he was, and no evidence of anything more than what can be seen and touched.

Committed to cutting through the flimsy evidence and superstition that he sees in Christianity, Strobel’s search quickly becomes the biggest story of his career. But what if he was wrong?

What if there really is a Case for Christ?

Based on the bestselling book of the same name, The Case for Christ tells the story of Lee Strobel’s search for the truth. Starring Mike Vogel, Erika Christensen, Faye Dunaway, and Robert Forster, the film is a thrilling race for meaning, and the perfect movie for families and Church groups.

It’s the perfect film for anyone who has questions about Christianity.

Do you believe the Case for Christ?

Be the first to review “The Case for Christ” Cancel reply