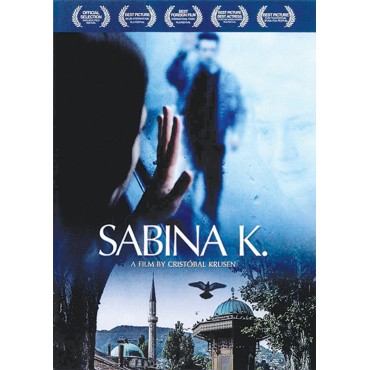 Sabina K., inspired by a true story, takes place in Bosnia and Herzegovina.  The “Sabina” of the title is a divorced mother of two small children who falls in love with Saša, an old friend from the Bosnian war. The two plan to marry, but things go terribly wrong when Saša mysteriously disappears.

A few weeks later, Sabina passes out on the job.  She goes to the doctor and learns that she is pregnant.  Her parents and friends counsel her to have an abortion and put the past behind her, but she refuses.  As her pregnancy advances and winter approaches, Sabina loses her job and when her ex-husband tries to shake her down for money by threatening to take the children away permanently, she comes to a breaking point.  Love has failed her, and she decides to take her life. She checks into a room at a hostel and begins swallowing pills, slipping into unconsciousness.

What happens next is subject to opinion…  But one thing becomes clear.  Sabina will never be the same.

Viewer discretion advised due to mature themes. In Bosnian with English subtitles as well as Italian, French and Spanish subtitles.

Be the first to review “Sabina K” Cancel reply