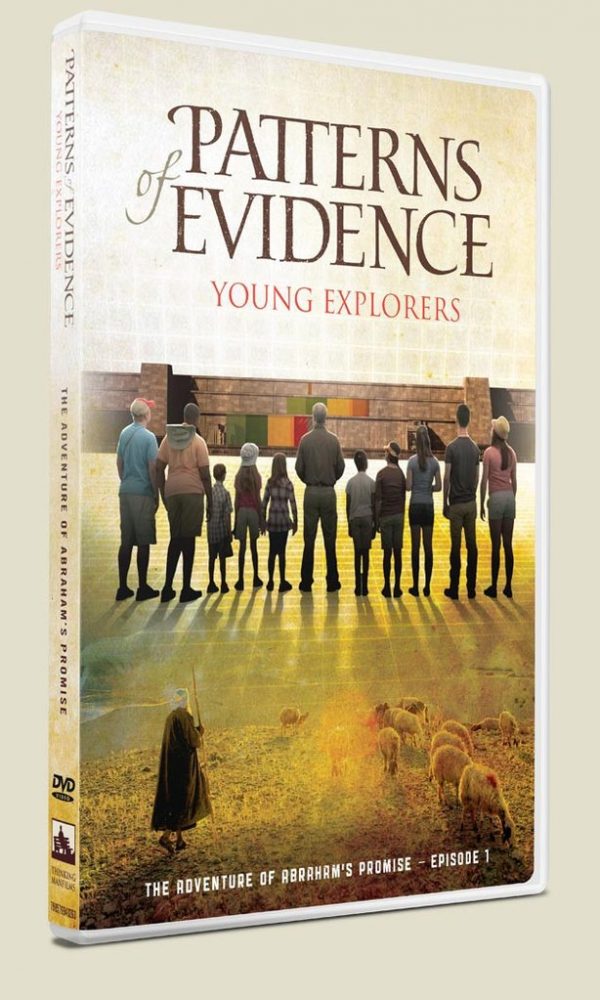 The Adventure of Abraham’s Promise – Episode 1: A group of ten young people meet Tim Mahoney on a wilderness camping trip and learn about his investigation for physical evidence of Moses and the Israelites’ Exodus out of Egypt. As they work together, they discover the importance of the promises God made to Abraham, which predicted the entire Exodus story. By the end of the weekend they all want to join Tim on a quest to explore the Bible. What they encounter is more than they could have imagined.

The Young Explorers find clues in the bible and get invitations that tell them where they will go next via a Virtual Exploration Chamber that appears in various places. In the bonus features please read the bible verses to prepare for the next Episode. Join the Investigation with these Young Explorers!

Be the first to review “Patterns Of Evidence: Young Explorers Episode 1: The Adventure of Abraham’s Promise” Cancel reply