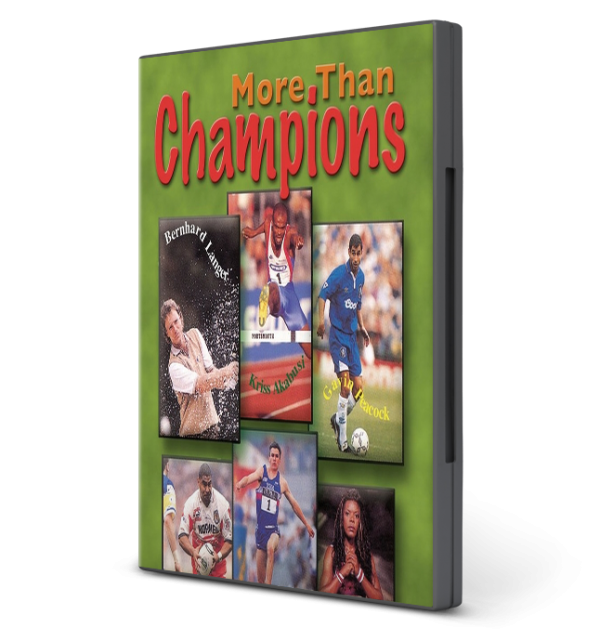 Few events can stop the world like an Olympic Final or the World Cup. Few moments can be more euphoric than the winning of a championship or a world series. Few feats can lift the morale of a nation more than winning a gold medal. Sporting achievements compete with world events on TV and in our newspapers. Sporting champions enjoy a fame that rivals that of film stars, rock musicians and world leaders. And sport pays: sponsorship, product endorsement, TV contracts. Sports stars are leaders for a whole generation. When they speak, we listen. What they wear, we wear. They are among the most powerful role models on earth.

The six people featured in this action-filled DVD have experienced Wembley Cup Finals, World records, Olympic triumphs and disasters. They are all champions in their chosen sport. They enjoy the fame and the spotlight that comes with sporting achievement.

The journey to sporting stardom is seldom smooth. The six champions featured have all found their lives have been giving meaning and purpose through an encounter with Jesus Christ. In this, they are in a league of their own. They are More Than Champions. This video is presented by Kriss Akabusi.

Be the first to review “More Than Champions” Cancel reply