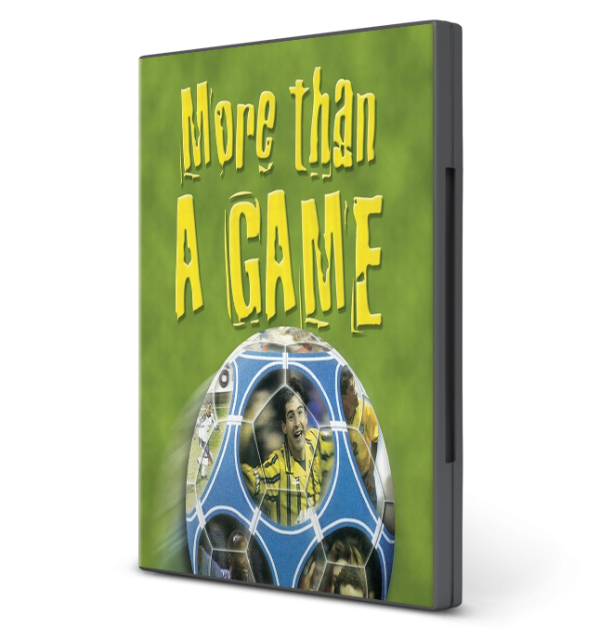 More Than A Game

“More than a game? Football really is – it’s a national obsession. The one sport that seems to divide everybody on a opinion, on what they think about their particular favourite team. Their love of the game coming out in the fact that so many of them follow it week by week, travelling hundreds of miles to watch the matches, and of course glued to many matches on television.

It is more than a game – it’s big business, it’s a hobby, a passion, a fun thing. For others it goes further. it can dictate moods and family arguments.

It’s more than a game in another sense too, because there are those playing the game who believe in something bigger, better, greater than just mere football. In this DVD you will hear from footballers who are committed Christians who talk about their faith, the reasons for it, how it came about and how they’ve made it work with a very demanding and sometimes cynical professional career. For them, it’s ‘More than a game’.”

Cyrille Regis “One of the most forceful centre fowards I ever saw. One of the few to have the distinction of winning the BBC ‘Goal of the Season’ competition.”

Brian Irvine “One of the most solid characters in Scottish football. A shining example to young players everywhere and to people who have to suffer setbacks – what their faith can do for them.”

Chris Powell “One of the most consistent leftbacks in the Premiership…a real believer in every sense.”

Gavin Peacock “One of the best finishers in recent years…a first class advertisement for the game.”

Brazil “Flamboyant, skillful, full of flare, natural athletes, the superlatives go on and on. The team every football fan wants to watch. The number one in the world.”

Be the first to review “More Than A Game” Cancel reply