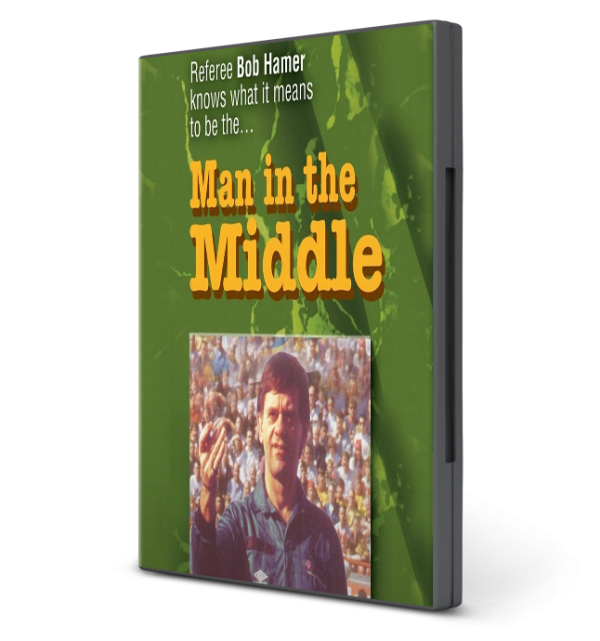 Man In The Middle

The crowd is roaring, the players are aggressive, and the referee has the difficult task of keeping it all under control. Premier League football referee Bob Hamer knows just what it’s like to be the ‘ Man in the Middle ‘ – and an enthusiastic Christian.

With a guest appearance by BBC commentator John Motson, and plenty of action, this fast-moving documentary reveals the world of football from the ref’s point of view, and the muscular form of christianity that goes with it.

This DVD contains two versions of the programme:

Programme One ( 19 mins ) is designed to challenge teenagers and young adults who already have some understanding of the Christian faith.

Programme Two ( 17 mins ) is basically the same, but is designed for teenagers with little interest or knowledge of Christianity. This version offers the option of a brief explanation of the Christian faith, which appears after the closing credits.

Be the first to review “Man In The Middle” Cancel reply