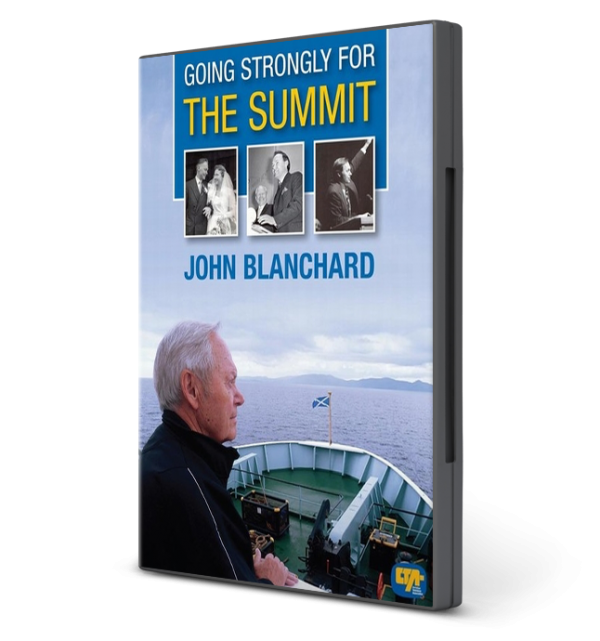 John Blanchard is one of today’s foremost ‘defenders of the faith’ with 15 million copies of his books in print in over 65 languages.

Over the years his writing and preaching have been the means of countless people coming to faith in Christ. Now in his eighties, his mission continues with undimmed passion and energy.  ‘Going Strongly for the Summit’  is a documentary celebration of John’s life, filmed in Albania, the USA, the Highlands of Scotland, the Hebrides, London and Surrey and of course his beloved island of Guernsey where his story begins.

Made over the course of a year, the film reveals the man away from the glare of the spotlight; a man who loves golf and travel, but for whom Jesus Christ means everything!