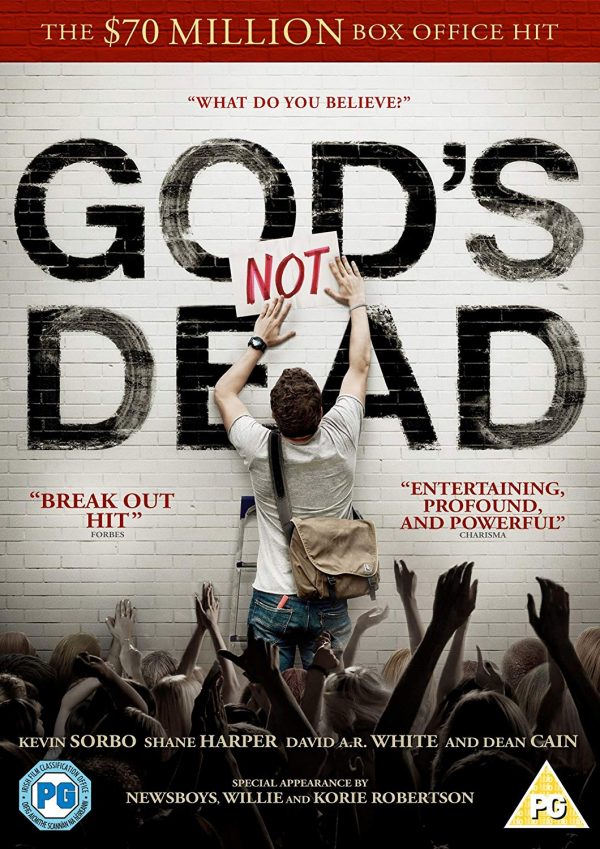 When an atheist Philosophy professor (Kevin Sorbo, Soul Surfer, Hercules) plans to forego dusty arguments in his class, he insists the new students declare that God is dead. Unable to do this, Josh (Shane Harper, High School Musical 2, TV s Good Luck Charlie) is challenged to defend his faith and prove to the class that God s Not Dead. Against all odds, Josh stands up for his faith and takes on the challenge. Let The Debate Begin. With enthralling performances from the star-studded cast, including David A.R. White ( Six: The Mark Unleashed ), Dean Cain ( Lois & Clark: The New Adventures of Superman ), and with special appearances by Newsboys, and Willie and Korie Robertson ( Duck Dynasty ), God s Not Dead, is an intensely thought provoking, faith inspiring and uplifting film.

Be the first to review “God’s Not Dead” Cancel reply