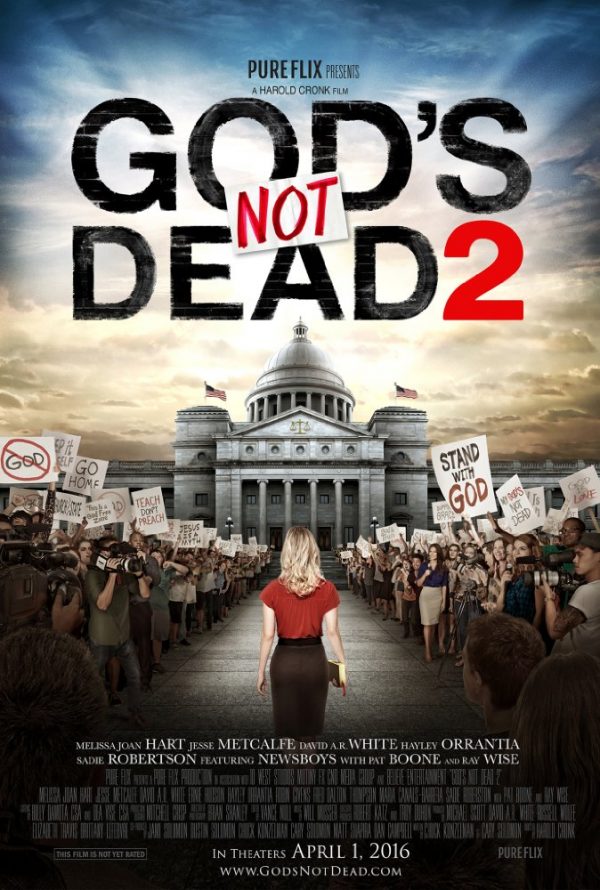 As an exciting new year begins we meet dedicated history teacher, Grace Wesley, and her grieving student, Brooke, who has just lost her brother. Upon learning of Brooke s recent tragedy, Grace offers her condolences and in the hope of relieving her pain, shares her faith in Christianity. However, when Brooke later asks a question of religion in her history class, another student reports the incident to the school board. Interpreted as a breach of school and state policy, Grace suddenly faces an epic court case that may cost her not only her career, but may expel God from the classroom once and for all. Featuring Melissa Joan Hart (TV s Sabrina the Teenage Witch), Ray Wise (X-Men: First Class, RoboCop) and Jesse Metcalfe (John Tucker Must Die, Desperate Housewives), God s Not Dead 2 is the highly anticipated sequel that brings love, loyalty and important questions of religion prominently to the fore.