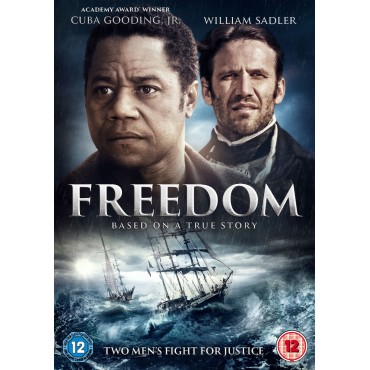 A tale of two men, separated by time and circumstance, but united in their search for freedom and redemption.

In 1856, a man born into slavery, Samuel Woodward (Academy Award Winner Cuba Gooding, Jr. – Jerry Maguire, Selma) and his family escape their abject existence on a Virginian plantation and begin a dangerous trek to Canada along the Underground Railroad. Woodward is relentlessly pursued by a slave hunter, Plimpton (William Sadler, The Shawshank Redemption) who will stop at nothing to capture the family, dead or alive.

Over 100 years earlier, in 1748, respected Captain John Newton (Bernhard Forcher- Fury, Grimm) sets sail across the sea to the New World with a ship full of slaves. Questioning the virtues of his assignment, Newton will face sickness, sorrow and a fierce storm that will endanger the entire ship. Challenged by personal pressures of faith and conscience, each man is destined to be tested severely in their respective journeys, united by a remarkable bond that spans a century and will prove to be the ultimate gift of grace.

Be the first to review “Freedom” Cancel reply