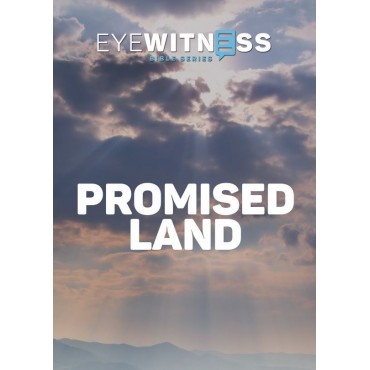 The Eyewitness Bible Series is a fascinating behind-the-scenes study of the people and stories that are bedrock to the Christian faith, ancient stories that still echo with deep significance for today’s world through eyewitness accounts. The series of narrations are an exploration of Scripture to empower your faith.

The ‘Promised Land’ Series covers the books in the Bible from Exodus to Judges. These books describe events from the birth of Moses to the end of the era of the judges of Israel. Altogether, the Promised Land Series covers a time span of more than four centuries.

The series presents the books in 19 segments: • Moses Before the Plagues * A Weird Scripture Explained * A Dangerous Choice * Another Dangerous Choice * Becoming God’s People * The World Changes * The Lord Is In His Holy Temple * Leviticus * Numbers * Zealous for God’s Honour * Deuteronomy * Crossing the Line * Conquest * Snatching Defeat from Sure Victory * Standing on the Promises * The First Four Judges * Too Many * Technology vs. God * The Last Pure Judge.

Be the first to review “EYEWITNESS: Promised Land” Cancel reply