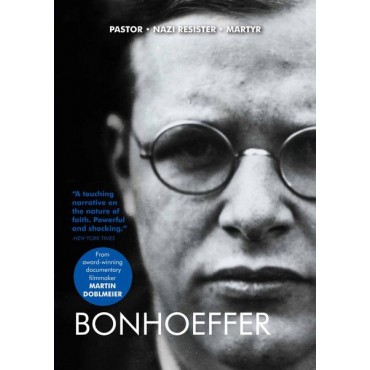 Bonhoeffer is the compelling true story of Dietrich Bonhoeffer, the German theologian who was imprisoned and killed by the Nazis for his connection to the German Resistance and their failed attempts to assassinate Adolf Hitler. Heavily influenced by the death of his brother in World War I and the teachings of Swiss theologian Karl Barth, Bonhoeffer commits his life at a young age to studying the teachings of Christ as found in the Bible and being a man of faith, even in the midst of incredible darkness. Featuring rare archival footage, interviews with family members and former students like Eberhard Bethge, and the voice of Klaus Maria Brandauer (Out of Africa), this powerfully moving documentary sheds light on his underground seminary, his travels to America and Harlem that had a profound impact on his feelings toward social injustice, his calls to change the world for better, and his noble response to Nazi Germany as a Christian.

24 in stock (can be backordered)

Be the first to review “Bonhoeffer” Cancel reply