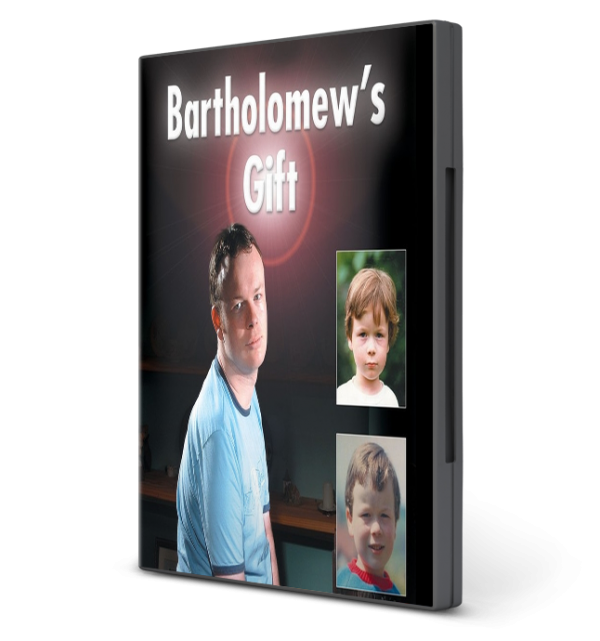 A sequel to “Bartholomew – A Gift from God” – using footage filmed when Bartholomew was eight, and more recently when he became 21, this DVD tells the heartwarming story of a young boy overcoming a severe disability, and growing to become a man at peace with God and enjoying life to the full.

His parents believe Bartholomew is a gift from God. Bartholomew Gee was born with arthrogryposis – a rare disability affecting muscles and joints – but is also highly gifted musically.

The joy of David and Lynne Gee’s second baby abruptly changed when Bartholomew arrived eight years ago. He was born seriously physically handicapped due to a rare muscle disease arthrogryposis.

David and Lynne discussed how they would react to handicap, and David feared he wouldn’t be able to cope.

This heart warming story told mostly by the children, tells how the Gee’s not only coped, but helped Bartholomew to prove his worth in competition with other children.

A moving story of love, hope, faith and achievement.

Be the first to review “Bartholomew’s Gift” Cancel reply