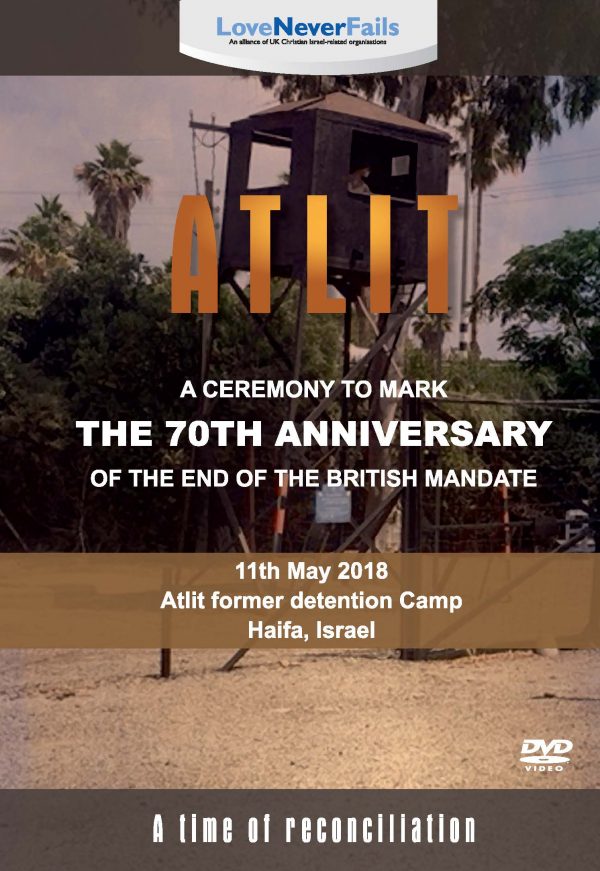 Atlit – A time of Reconciliation

Atlit – A Ceremony to mark the 70th Anniversary of the End of the British Mandate.

How much do you know about the British Mandate for Palestine, the name then given to the Biblical Land of Israel? The shameful way Britain treated the Jewish people, the apple of God’s eye, during the years 1917 – 1948 is little know in Britain.

This film of a ceremony to mark the 70th anniversary of the end of the British mandate records Israeli’s speaking candidly about their suffering as a result of Britain’s policies and actions. British representatives then respond with expressions of sorrow for Britain’s failures then and now with regard to Israel.

It is our fervent desire that the Lord God of Israel will use this DVD of the event to inform many British people of the tragedy our nation brought upon the Jewish people and upon ourselves as we forsook the greatest trust ever given to a nation – to create a homeland for God’s chosen people in line with Biblical promises.