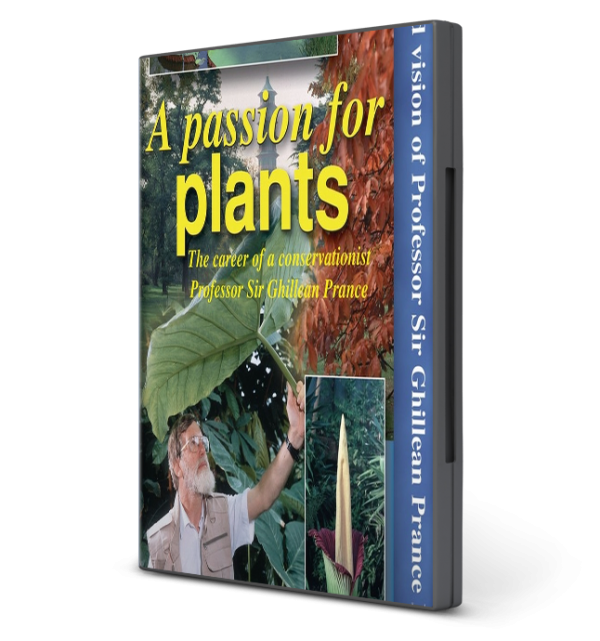 A Passion For Plants

” To be the head of a modern scientific institution with a worldwide reputation, and to combine that work with adventures that can compare with the most daring exploits of the nineteenth century explorers might seem impossible. But that is what Sir Ghillean Prance has achieved and it is a thrilling mixture.”
– Sir David Attenborough.

Plants have been a consuming passion for Sir Ghillean Prance since his boyhood. In a scientific career dedicated to the quest for and investigation of plants, he explored the rainforests of the Amazon for over thirty years.

In the early 1970’s alarmed at the increasing destruction of the rainforest he was one of the first to alert the world to this ecological disaster. Since then he has championed the case for conservation all over the world and increasingly used his position as Director of the world’s most influential botanical gardens – the Royal Botanic Gardens at Kew – to continue this work.

Superbly filmed on location in Kew Gardens, the Isle of Skye, rural Gloucestershire and the mighty Amazon – A Passion for Plants documents the career, life and Christian beliefs of one of the most scientifically gifted men of our time; and reflects on his vision and motivation as a current world leader in conservation.

Be the first to review “A Passion For Plants” Cancel reply