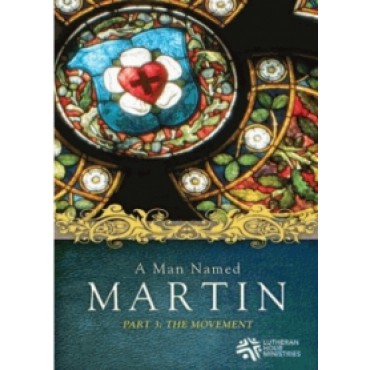 A Man Named Martin – Part 3: The Movement completes the trilogy begun with Parts 1 and 2, The Man and The Moment. Here viewers will see how God was at work in the Reformation, in the lives of the men and women that shaped it, and in the societal transformations that resulted. Everything from education and government to marriage and vocation came under the influence of the Reformation. Here was a world in tumultuous flux: widespread cultural and religious tensions, heated theological controversies, bloody conflicts across the map—all marked a continent in turmoil. Beginning with Luther’s nailing of his 95 Theses to the church door at Wittenberg in 1517 to the Peace of Westphalia, a treaty that capped the Thirty Years’ War in 1648, the Reformation launched by Luther produced enormous changes in Europe—changes that eventually swept across the Atlantic, influencing our nation as well.