Warning: count(): Parameter must be an array or an object that implements Countable in /home/customer/www/ao.vision/public_html/wp-content/plugins/woocommerce-table-rate-shipping/deprecated/inc/woocommerce-shipping-zones.php on line 203
 A Heart Set Free | AO Vision
1
was successfully added to your cart.
View basket “John Newton” has been added to your basket. 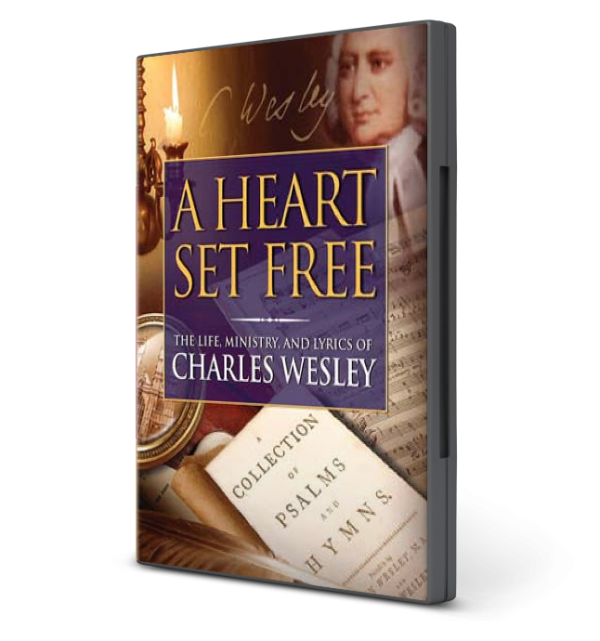 The Life, Ministry, and Lyrics of CHARLES WESLEY.

Charles Wesley broke many barriers of 1700’s England not only to become “the most gifted and indefatigable poet and hymnwriter that England has ever known”, but also to give heart and soul through his music to the Methodist movement that he and his brother John led.

The story of Charles Wesley is often overshadowed by that of his more famous older brother John. These founding fathers of Methodism travelled the same path, yet their lives and talents were often remarkably distinct.

From a tenuous birth to blazing fleld preacher, this film explores the facets of the man known as “The Sweet Bard of Methodism”. Discover the poet, husband, and hymnwriter who penned “Hark, the Herald Angels Sing”, and “O, for a Thousand Tongues to Sing”. Follow Charles as a failed missionary to America, then back home, depressed and dejected till he experiences a mighty conversion in May 1738 that kindled within him the passion to reach others with such intensity that, through his verse, we still feel it today.

Shot on location in England and the United States, this feature length documentary co-produced by CTA with T. N. Mohan, producer and director of the award-winning documentary “Hanged on a Twisted Cross”, brings detailed and well-researched perspective to Charles Wesley’s history through many never-before-seen archival letters, manuscripts and other documents, along with leading experts from the UK and US.

Be the first to review “A Heart Set Free” Cancel reply